When first starting May’s MATS Bootcamp design brief, I knew of tarot cards, but didn’t have any depth of knowledge about them. To begin with, we were asked to produce images that were mediaeval-inspired. Some of the mediaeval illustrations that I researched were simply awesome. I love the drawing styles and all the different  mythical creatures that were depicted. Some were really creative, I must say!! I could have created lots of mediaeval characters of my own, and one day, I just might.

I have tried using some new techniques to produce the minis. I love drawing with a fountain pen and I have experimented with collage too, alongside my usual watercolour, gouache and marker pen techniques.

At this stage I had no idea what the assignment would end up being, and here is a selection of my initial drawing s for May’s mini.

For the assignment proper, we were to design a tarot card based on our own star sign. Mine is Leo (my birthday is at the beginning of August), which signifies strength. My next step was to gain some knowledge about tarot cards. I found a great many different designs on Google, Pinterest and Etsy. The styling included contemporary, traditional and graphical. I love to draw (you would never have guessed!), so my overall design would of course, be illustrative.

After looking at such a huge array of tarot card designs, I decided that my design would have a spiritual feel. I also had to incorporate the meaning of my star sign – ‘Strength‘. My interpretation of strength is that it is about being in control, and having inner and outer confidence; using your strength without being aggressive. Many cards that I’ve seen have a female gripping a lion’s mouth. For my design, I used symbolism and illustrated just the lion’s face with hands at either side of its jaw. The hands indicate a subtle way of keeping the lion subdued. The lion looks assertive, but in a peaceful way. To give it a spiritual twist, I used dark colours in the background and placed stars, mediaeval symbols, with two half-moons, a sun, the Roman numeral, VII and an eternity symbol.

Here is my final design, including the reverse of my spiritual tarot card design.

I love the pattern on the reverse and decided to inject some brighter colours into the design. This could actually be re-purposed, perhaps for fashion or stationery. Doesn’t it look different with the bold, pink, yellow and turquoise? As a contrast to these shades, I added charcoal-grey, white and a grey-green.

This entry was posted on Thursday, June 2nd, 2016 at 22:45 and is filed under Graphics. You can follow any responses to this entry through the RSS 2.0 feed. You can leave a response, or trackback from your own site.

Hope you're having a good week so far and can't be

Yesterday, I received my copy of the Rebel Animals

Shark in a bottle composition. Thought I'd try an

In honour of #internationalunicornday here is a un

Some fish are just so amazingly beautiful! Guppy f

I think it's felt like winter over the past couple

What glorious weather we had over the Easter weeke

Happy Easter! I made these choccy chick nests for

Happy Caturday! 🐱 Hope you're having a lovely w

Happy Friday! I've just had my first vaccine and s

Would love to see an array of sea life, like in th

I watched a great travel programme yesterday, all

Prehistoric sea creatures, all ready to be made in

One day soon 🤞 we will be able to get away and

I'll be joining in with Earth Hour along with mill 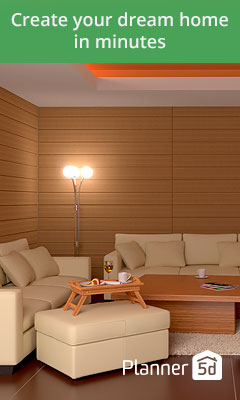